I'm rather time-poor at the moment, so my MIFF reviews will be of necessity rather brief. That said, here are some words on the handful of films I've managed to see so far... 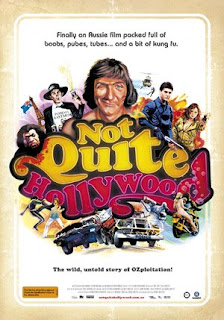 Had this opening night doco about the Ozploitation era been 15 minutes shorter, I would have enjoyed it a lot more. As it was, I felt the film outstayed its welcome, with the last half hour or so definitely dragging a little.

Conversely, the pace in its opening half was fantastic: a dynamic, scattergun approach to documentary making. Great to be reminded of the many Ozploitation films I've already seen (either on video circa 1985, the year I moved out of home, such as Dead End Drive-In; or on television a few years earlier) and to have my appetite whetted for the many more I've not seen yet.

Thereafter a pretty cool opening night party, although not enough food, which meant as a consequence that I was hungover as all fuck the next day - though the fact that I didn't leave the after-party until about 4am may also have been a factor... 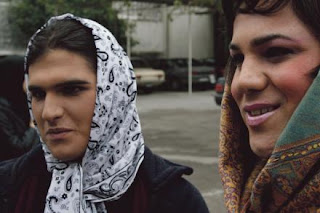 This documentary about GLBT life in Iran has a very specific, almost too narrow focus, in that it looks at a small number of gay men who 'voluntarily' undergo gender reassignment to live as women: the options otherwise are to flee Iran or face probable execution, given the Islamic state's well-demonstrated antipathy towards homsexuality.

Though we meet a lesbian woman who is also considering the procedure at the start of the film, we don't follow her story; nor does the film-maker speak to any actual transgendered people to get their perspective on the issue. These flaws aside, this is a powerful - and deeply depressing - documentary, and definitely one I'd recommend.


DIARY OF THE DEAD 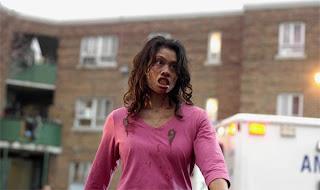 The latest film from George A Romero continues his series of horror movies in which the living dead are used as metaphors to explore current social issues. In his first film, Night of the Living Dead, it was the political unrest of the 1960s; in the more recent Land of the Dead it was the 'fortress America' attitude of the USA post September 11.

Diary of the Dead is very much about the media as monster: specifically new media, such as blogs and YouTube. It's not always a successful film; indeed Romero's attitudes towards new media struck me as slightly conservative, even reactionary, while some of the dialogue spouted by the 20-something film student characters definitely doesn't sound contemporary. Nonetheless, I was more than prepared to forgive these faults and enjoy the film, which relies primarily on CGI effects rather than Romero's more traditional physical effects: and which as a consequence includes a bravura sequence involving acid and a zombie's slowly-dissolving head. Bravo! 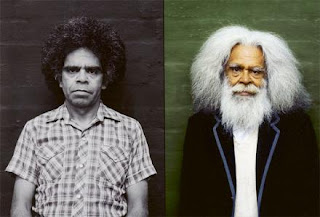 Rather than utilising a more traditional documentary structure (ie voiceovers, talking heads etc), this film about the 63-year old, gay Aboriginal elder, cat burglar, award-winning actor and former junkie Jack Charles is an appropriately impressionistic study of a truly original character. We see Charles sleeping rough and shooting up; hear him talking matter-of-factly about personal tragedies and heartbreak; and laugh with him as he stands outside a Kew house he's burgled 11 times. While some might criticise the film-maker for getting too close to his subject, I think it's resulted in a much more illuminating and engaging film; one that presents a life literally as it's being lived, rather than a more detached observational documentary. 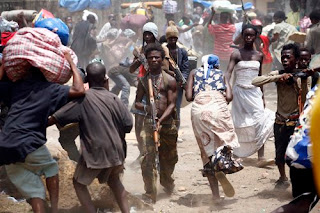 Although not for the faint-hearted, this searing, fictionalised account of child soldiers in an unnamed African civil war stands heads and shoulders above the other films I've seen at MIFF so far. By juxtaposing the most horrific acts with truly sublime and visionary cinematography, the film ensures than you cannot, will not forget the images it displays. Nor will you forget the tragedy of children being forced at gunpoint to kill their own parents, or seeing the natural exuberance of teenage boys channelled into acts of extreme, drug-fuelled violence. Director Jean-Stéphane Sauvaire has crafted a truly stunning work of cinema that I wholeheartedly recommend, even as I warn that you will find it difficult viewing.

Posted by richardwatts at 11:02 am

Fred Schepsi - MIFF Ambassador, went to the Geelong v Hawks game instead of going to the opening of MIFF - IN A DINNER SUIT.